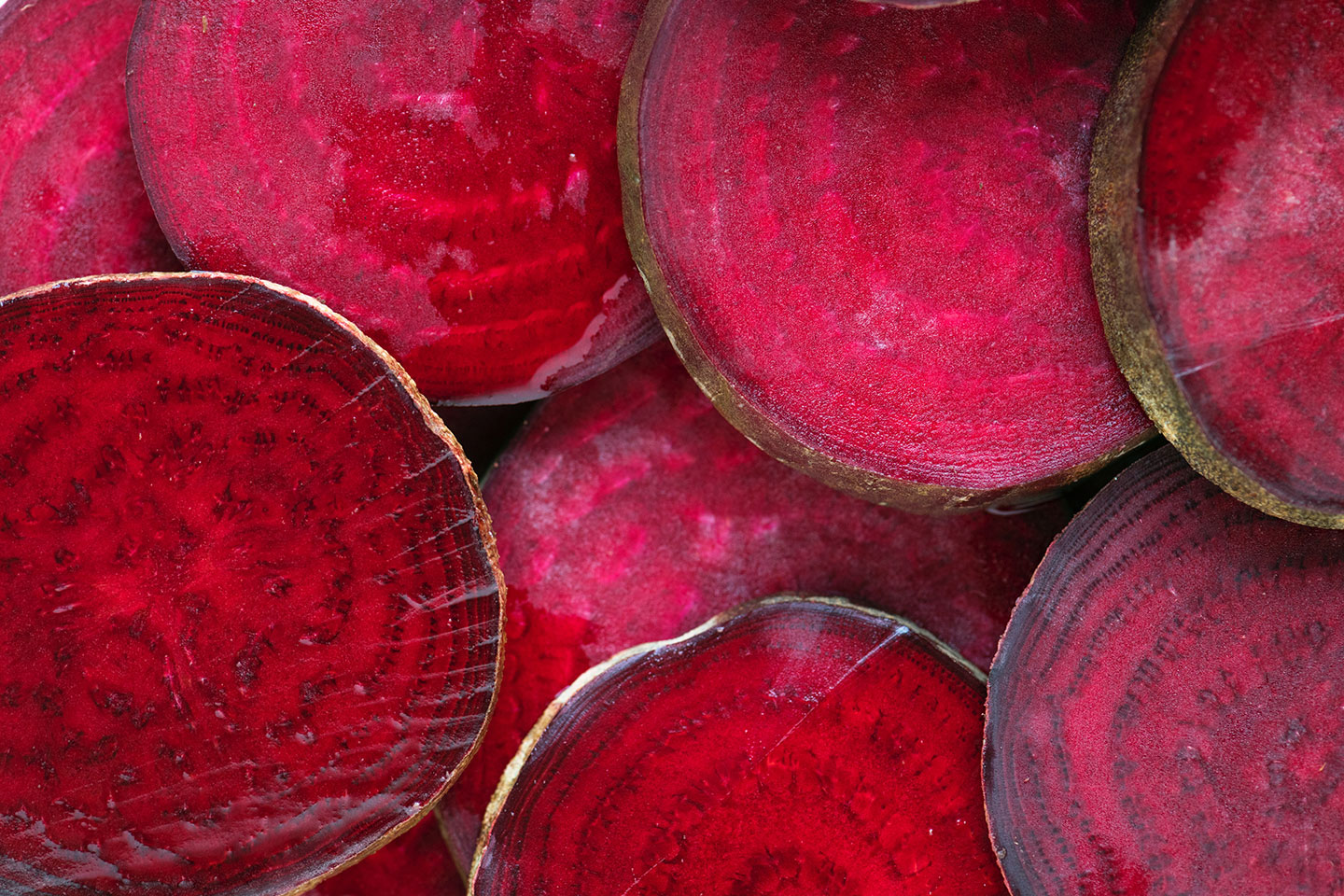 Just Beet It, We’ve Got the Beet, How to be un-BEET-able. All titles of recent YouTube videos, all about BEETS!

Beets are climbing the super-food charts, and it’s not just because of their ability to make a catchy headline.  Beets offer an astounding number of benefits from wrinkle prevention to lowering blood pressure.

Energy Boost without the Crash

Beets became popular around the world in the 19th century when it was discovered they could be converted into sugar.  In fact beets contain more sugar than any other vegetable.  But before you dismiss the sweet veggie for it’s carb content, you should know that the sugars in beets are released into the body very slowly over time, stabilizing your blood sugar, and giving you a steady flow of energy.  They are very different than processed carbohydrates which may give you a jolt of energy, leave you with a crash, and offer little to no nutritional value.

One of the earliest known benefits of the beet is its use as an aphrodisiac. Beets contain high amounts of boron, which is directly related to the production of human sex hormones.

Perhaps this is why some cultures believe if a man and woman eat from the same beet, they will fall in love.

Which brings us to the next beet benefit….

Beets are high in folic acid, a vitamin known to be crucial to the development of a baby’s spinal cord.  Studies have shown intake of folic acid during utero has resulted in decreased birth defects.  Expecting mothers can get 75% of the recommended daily allowance of folic acid from just three raw baby beets a day.  Pregnant or not, folic acid also helps preserve skin pigmentation.

Lowers Blood Pressure: A recent study at London’s Queen Mary University found that drinking one glass of beet juice a day was more effective at lowering high blood pressure than some medications.  The naturally occurring nitrates in the beet are credited for the finding, with their ability to widen blood vessels and allow more oxygen-rich blood to travel to the heart.

Lowers Cholesterol: Beets are also rich in antioxidants, which we know help prevent age-related disease.  In the beet’s case, the particular antioxidant betanin, which also gives the beet its vibrant color, helps raise “good” cholesterol and prevent “bad” cholesterol from being deposited into arteries.

Digestive Cleansing:  The antioxidants in beets also help to remove toxins from the digestive system.  They cleanse the blood and colon, and can also help break down stones in the bladder, kidneys, and liver.

Cancer-Fighting Properties: Dr. Alexander Ferenczi, founder of The Ferenczi’s Effect, discovered the beet’s cancer-fighting properties when he treated patients who had stage-4 cancer with a form of “beet therapy.”  Each of his patients, with varying types of cancer, showed progress.  This is said to be due to several of the beet’s components, but especially due to the flavonoid betazyane which oxygenates cells while maintaining levels of vitamin C.  Now the use of beets as a supplemental treatment for cancer is being used all over the world.

And if after reading this article you are feeling blue about not consuming more beets in the past, no need to worry.  Beets can cheer you up!  Beets contain betaine, a substance that relaxes the mind and is used in other forms to treat depression.  And like chocolate, beets also contain tryptophan which contributes to a sense of well-being.

Whether you boil them, juice them, roast them, or eat them raw, consume beets daily and your body with thank you for years to come. 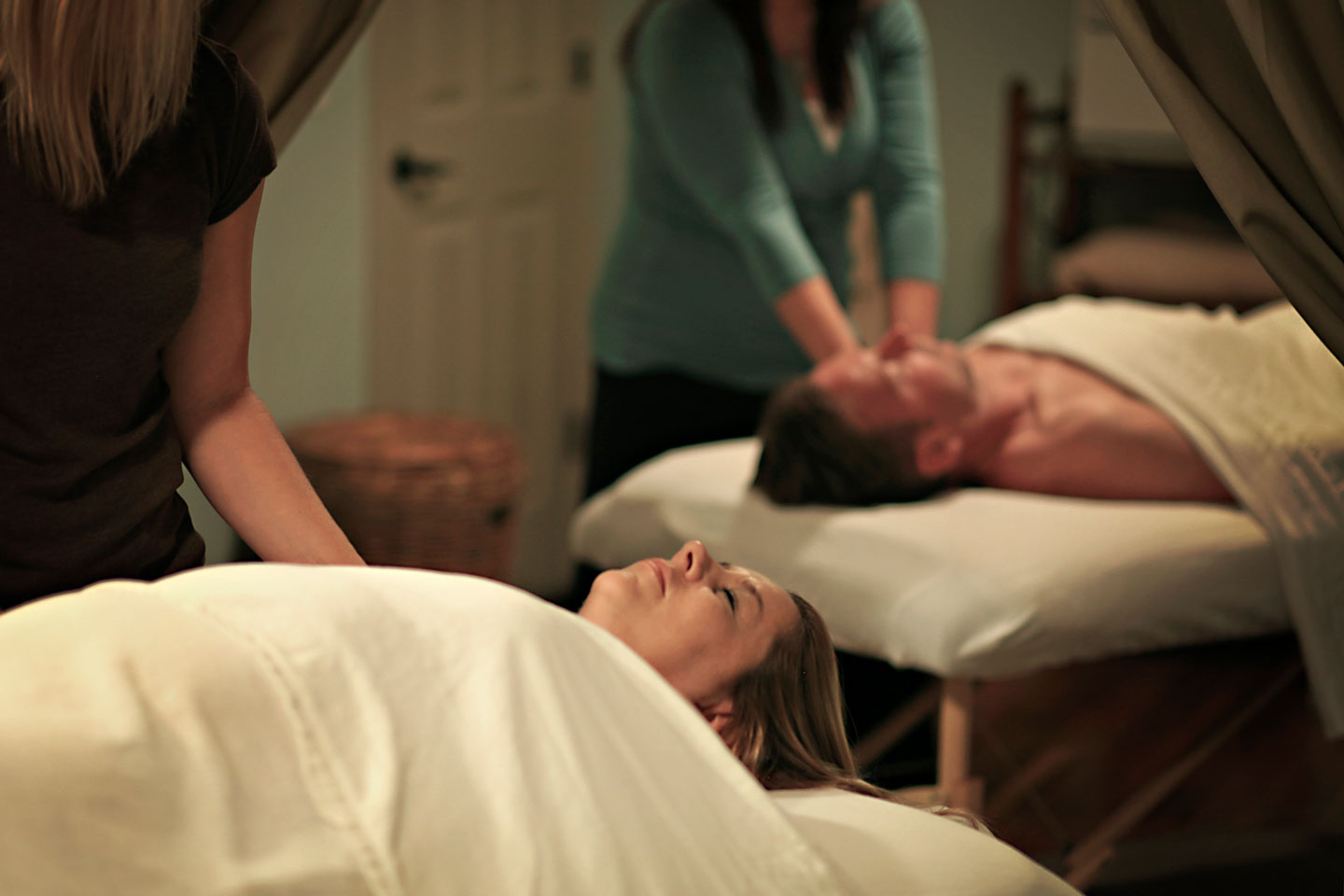 is phrase often groaned by someone who is experiencing neck tension or back pain.  It’s frequently accompanied by some form of stretching and cracking sounds.  But massage is not just for the back-popping groaner.

Massage is for EVERYONE!

Yes, tension and pain relief are wonderful reasons to get a massage, but they only scratch the surface of benefits massage provides.

Perk up your profile with a an organic facial massage.

Research in massage therapy has found promising results for reducing pain associated with tension headaches and chronic migraines.  Massage hasn’t just been known to treat headaches, it can actually prevent them.

Ask your massage therapist about what you can do in between massages to relieve and prevent pain specific to your body’s needs.

Keep the Doctor Away

When you are stressed, your immune system is stressed.  Massage stimulates the lymphatic system which helps filter out your body’s toxins.

Recent studies have even shown that massage can increase the activity level of disease-fighting cells, building up your body’s defense against infection and illness.

Keep Calm and Massage On

As humans, our sense of touch is very powerful. It can make us feel safe, secure, and loved.  Massage has the ability to connect you mind and body and sometimes awaken bottled-up emotions to allow for release and healing.

Aiding the healing touch of massage is the serene environment of a spa setting.  Low lighting, soft music, aroma therapy are all part of the rejuvenating experience.

Participants of studies conducted by the Touch Research Institute have reported decreased depression and anger, increased brain functioning, and lowered anxiety levels as a result of massage.

Don’t wait until you’re groaning, “I need a massage.”

You deserve all the benefits massage has to offer, all of the time.  Make it a part of your health and wellness regimen and treat your mind, body, and spirit to the magic of massage.

Halcyon Spa offers a wide variety of massages and services to meet your individual needs.

Learn more about our talented staff and book an appointment today!